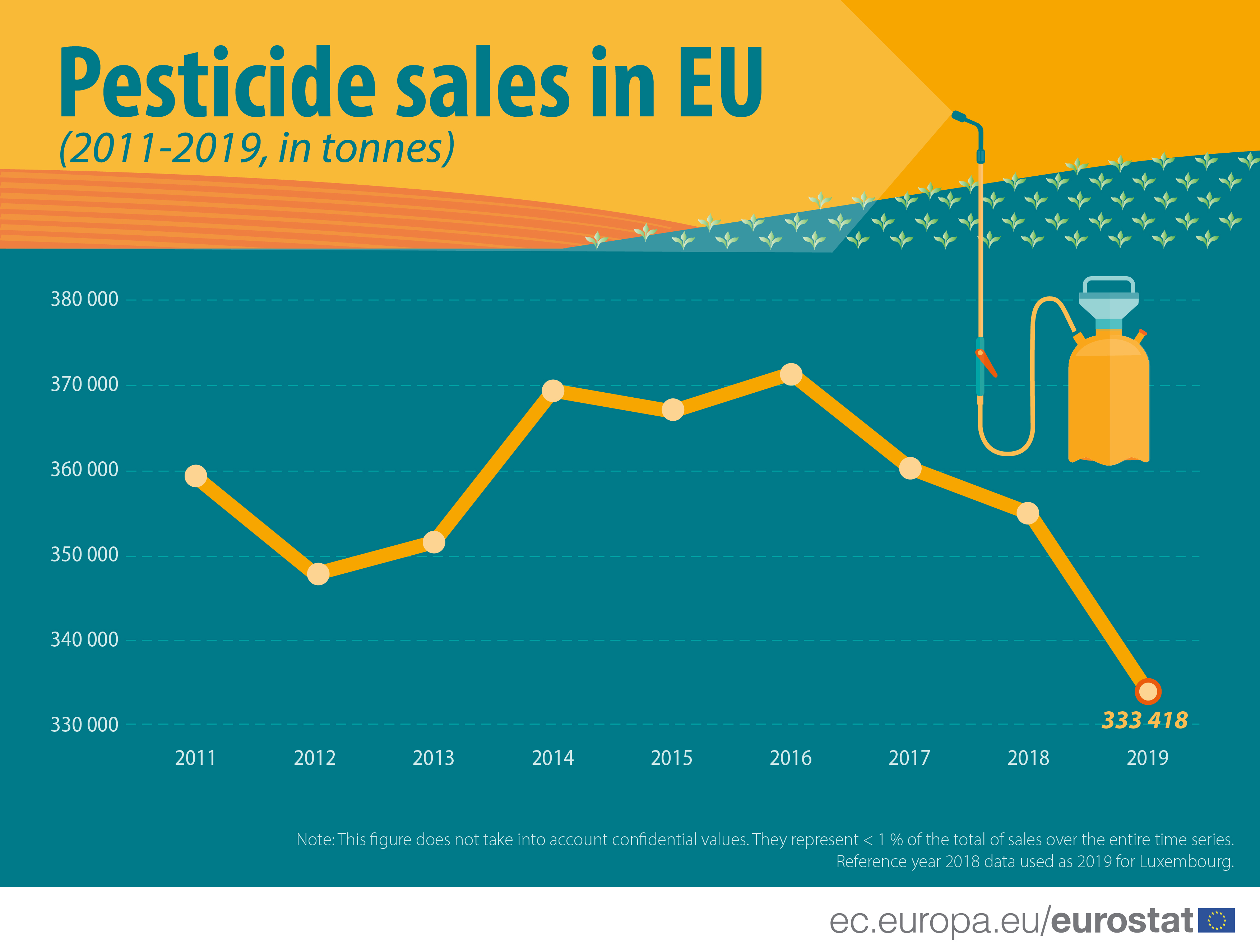 In terms of the categories of pesticides sold, the highest sales volumes in 2019 were for ‘Fungicides and bactericides’ (40% of the total), followed by ‘Herbicides, haulm destructors and moss killers’ (33%) and ‘Insecticides and acaricides’ (13%).

Of the 18 EU Member States for which data are available for all the major groups, 12 decreased their total sales of pesticides between 2011 and 2019. The highest decrease was recorded for Denmark (-42%), followed by five countries (Italy, Portugal, Czechia, Sweden and Romania), which saw a decrease of more than 20%. 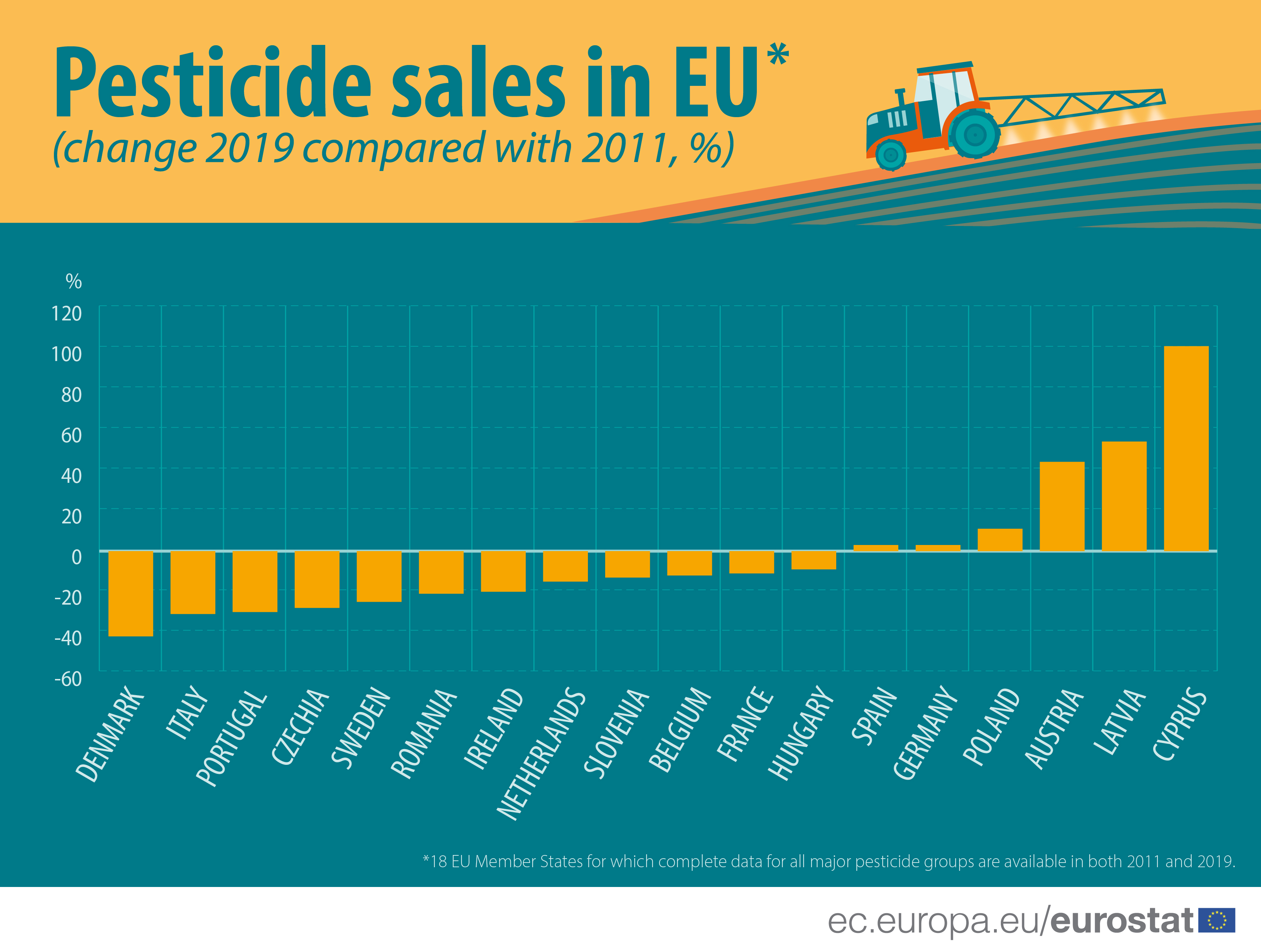