Between January-October 2020, EU27 exports reached €151.8 billion (an increase of 0.5% compared to the same period in 2019), while imports totalled €102 billion (an increase of 0.1%). As a result, the agri-food trade surplus rose by 1.3% to €49.8 billion. These are amongst the main developments published today by the European Commission in the monthly trade report for January-October 2020.

As for trade with the UK, EU imports from the UK dropped in value by €1.56 billion, while EU exports to the UK declined by €546 million. The decline in trade affected the majority of agri-food products, most notably wine, spirits and liqueurs, poultry meat, live animals and butter. However, EU exports of wheat, pasta and pastry enjoyed increases in value.

A reduction in the EU’s intake of US soya beans and oilcakes contributed to an overall drop of €663 million in the value of imports, while the value of EU exports fell by €705 million, with spirits and wine the main products affected. There was, however, an increase in the export value of EU food preparations.

With a rise of €713 million, Canada was the leading source of growth for agri-food imports to the EU, driven by intakes of rapeseed and wheat. Other growing sources included Brazil (up €623 million, driven by soya beans), Indonesia (€541 million, led by palm oil), and Turkey (€528 million, led by nuts and citrus fruits).

Over the course of 2020, the COVID-19 crisis significantly impacted the wine, spirit drinks and liqueur sectors. Compared to January-October 2019, the export value of EU spirits and liqueurs declined by €1.53 billion, while the value of wine fell by €1.43 billion.

As regards imports, the value of coarse grains fell by €1.06 billion, spirits and liqueurs dropped by €549 million, and oilcakes declined by €464 million). More positive trade developments were recorded for fresh and dried tropical fruit (whose import value jumped by €666 million), palm and palm kernel oil (up by €566 million), and fatty acids and waxes (up €621 million). 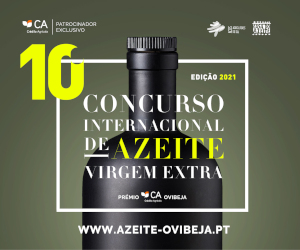