Beyond the Crisis: Paving the way for the sustainable growth of EU agri-food systems

Since 2006, when farm incomes in Europe and in the United States were still balanced, the US has managed to double its farmers’ incomes, while the EU has experienced stagnation and even a slight decrease across the same period.

This analysis of the evolution of farmers’ incomes on both sides of the Atlantic was presented today at the European Parliament during the launch event of Farm Europe’s Global Food Forum (GFF) initiative (full report available here).

The key objective of the GFF – which will be a set of regional events and a main forum will take take place in Italy (14-15 October 2016) – will be to go beyond current pessimism, with the ambition of tabling proposals for an EU policy better oriented towards job creation and sustainable growth. The recommendations will be presented to decision-makers at the end of the year on the basis of the participatory process animated by Farm Europe.

“The agri-food sector is at the crossroads between huge opportunities and massive pressure. Every single decision needs to be informed by a wide range of factors where citizen expectations, breakthrough technologies and consumption patterns are only the tip of the iceberg”, said Mario Guidi, President of Confagricultura and of the GFF2016, adding: “the Global Food Forum will gather passionate business and political leaders willing to work in a European spirit, to share insights on their vision as well as on possible pathways for future developments to enhance both economic performance and environmental sustainability”. 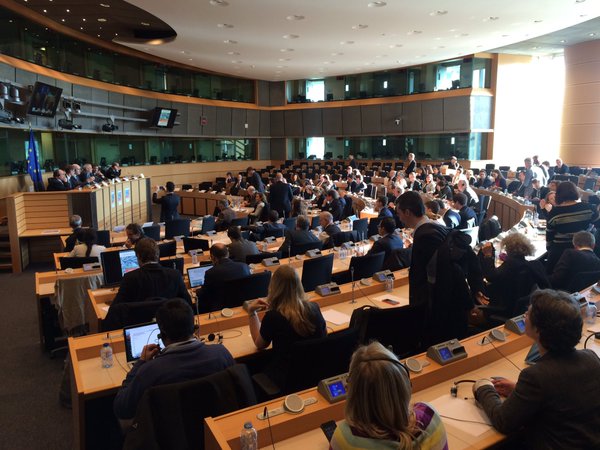 “As one of the architects of the previous reform of the CAP, I believe that we did not go far enough, and I welcome Farm Europe’s initiative to engage a pro-active and constructive thinking process on the future CAP. The current CAP remains stuck in a political vision and principles from 1992, ie almost 30 years ago. I am now convinced that the CAP unfortunately no longer meets the ambitions that the European Union must have for its agriculture and agri-food sectors. We have a duty to give birth to an environment that allows these industries to express their potential for growth and employment”.

Opening the debate, Commissioner for Agriculture and Rural Development, Phil Hogan underlined that “it’s not easy to look beyond the here and now, but we must. In looking at the CAP beyond the crisis, we should look at the role that the policy can play in the growth of the European agri-food sector as well as the role that the policy can play in the delivery of the political priorities of this Commission. (…) With the right combination of policy and communication, I believe that we can secure the place of the Common Agricultural Policy as a policy that is central to the delivery of sustainable growth in the EU, today and tomorrow”.

Yves Madre (Farm Europe) presented the key questions to be discussed during the Forum, which will be structured around 3 key pillars: resilience, sustainability and investments. Do European farmers compete on a level playing field? Do we need further adaptations of the CAP in order to boost investments and better structure the food chain? Are decoupled payments still the right policy response to cope with volatility? Is there a scope to increase the efficiency of the greening of the CAP, for example, transforming it into an objective based policy?

These were some of the questions raised in the opening the panel discussion with Mario Guidi, President of Confagricoltura, Markus Neundörfer, Director at Südzucker, Xavier Beulin, President of FNSEA and Paolo De Castro, MEP.

Xavier Beulin underlined that “the equation is simple: no visibility, no confidence; no confidence, no investments; no investments, no future. I believe in the European project, but I want a better Europe that should not be frozen into excessive legalism sometime and other times failing in building a proper internal market with common rules on social, fiscal and environmental aspects. A single farm payment per hectare and a coercive greening – this does not make a Common Agricultural Policy. We need a strong partnership between Europe and its farmers. The farmers are the first group interested in both developing sustainable agricultural practices and generating sustainable growth”.

Mario Guidi stated: The crisis we are facing today shows how CAP needs to be rethought to adapt its instruments to the current world economy, and to respond to the sustainable development path. Production capacity for our business requires radically new instruments allowing farmers to tackle the challenges of competitiveness, volatility and sustainability. We are ready to start a deep and courageous discussion to explore if direct payments as designed today are really shaped to make our sector a competitive one, key for the EU economic growth. Among the elements we need to improve a special place has to be given to the risk management instruments. This and much more could be achieved only if driven by the idea that we need more Europe: a common agricultural market is far from being a reality and we are committed to work in this sense.

Markus Neundörfer underlined the importance of single market as a major strength for the European economy. « However, there are more and more national diverging approaches such as in labelling and health rules, or interpretation of competition rules, not mentioning the flexibilities given to Member States in crisis management or in terms of coupled payments ».

Paolo de Castro concluded the panel discussion saying: “The CAP needs a mid-term review in order to achieve less bureaucracy and to strengthen the capacity of the European Union to react collectively to market crisis preventing the pitfall of renationalisation. Volatility is here to stay and we need a much more ambitious CAP to bring concrete solution for European farmers”.

On the road to reformulation of food products?

On the road to reformulation of food products?

Emirates abre a maior quinta vertical do mundo no Dubai