We have become used to the mantra that the EU is both the world’s largest agri-food exporter but also its largest agri-food importer. But this was before Brexit and the departure of the United Kingdom from the EU. The UK is a large net importer, so its departure implies (a) that the EU27 now becomes a larger exporter because exports to the UK are added to the extra-EU exports of the EU28, and (b) a smaller importer, because UK imports from the rest of the world no longer count as part of EU27 imports.

The two charts below show the revised situation after Brexit. Although the latest trade data available in the WTO International Trade Statistics from which these data are drawn is 2019, when the UK was still an EU Member State, the data have been re-worked on an EU27 basis. Agri-food trade is defined as those products covered by the WTO Agreement on Agriculture and set out in an annex to that Agreement. 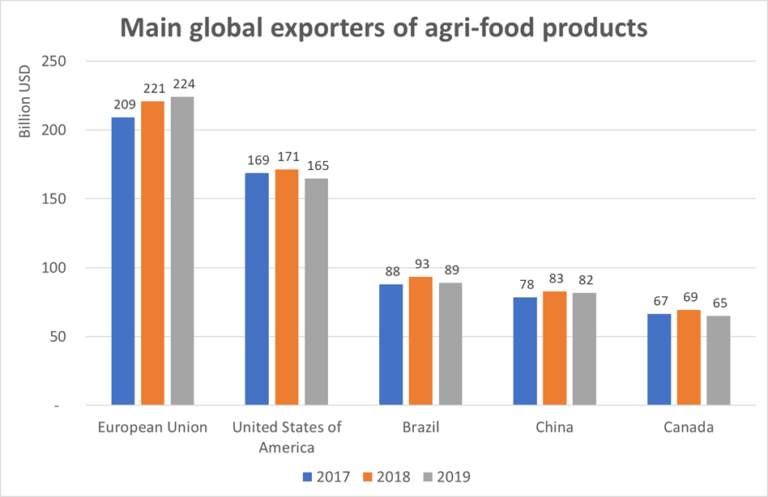 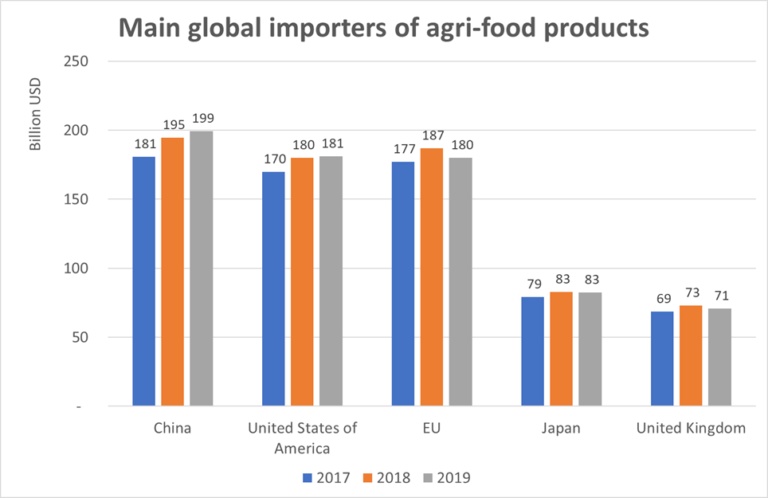 Based on this redefinition of the EU as 27 Member States, the EU now emerges as the sovereign largest agri-food exporter, well ahead of the U.S. as its nearest rival. Indeed, EU exports continued to forge ahead during the latest three years shown in the chart, while exports from its rivals at best held their ground.

However, on the import side, the EU has dropped from the world’s No.1 importer to third place, behind China which is now indisputably the largest importer but also, in 2019, it is just behind the U.S. which pushes it into third place. Significantly, the UK on its own is now the fifth largest agri-food importer in the world.

The implication of these figures is that the EU is now a much more significant net exporter of agri-food products than before Brexit and that a higher proportion of its exports are covered by a preferential trade agreement than before.