Populations are projected to grow in almost three out of five urban regions of the European Union (EU), whereas they are likely to shrink in four out of five rural regions by 2050. This information comes from the latest population projections of regional demographic patterns across EU countries and the analysis of results from the urban-rural typology perspective. 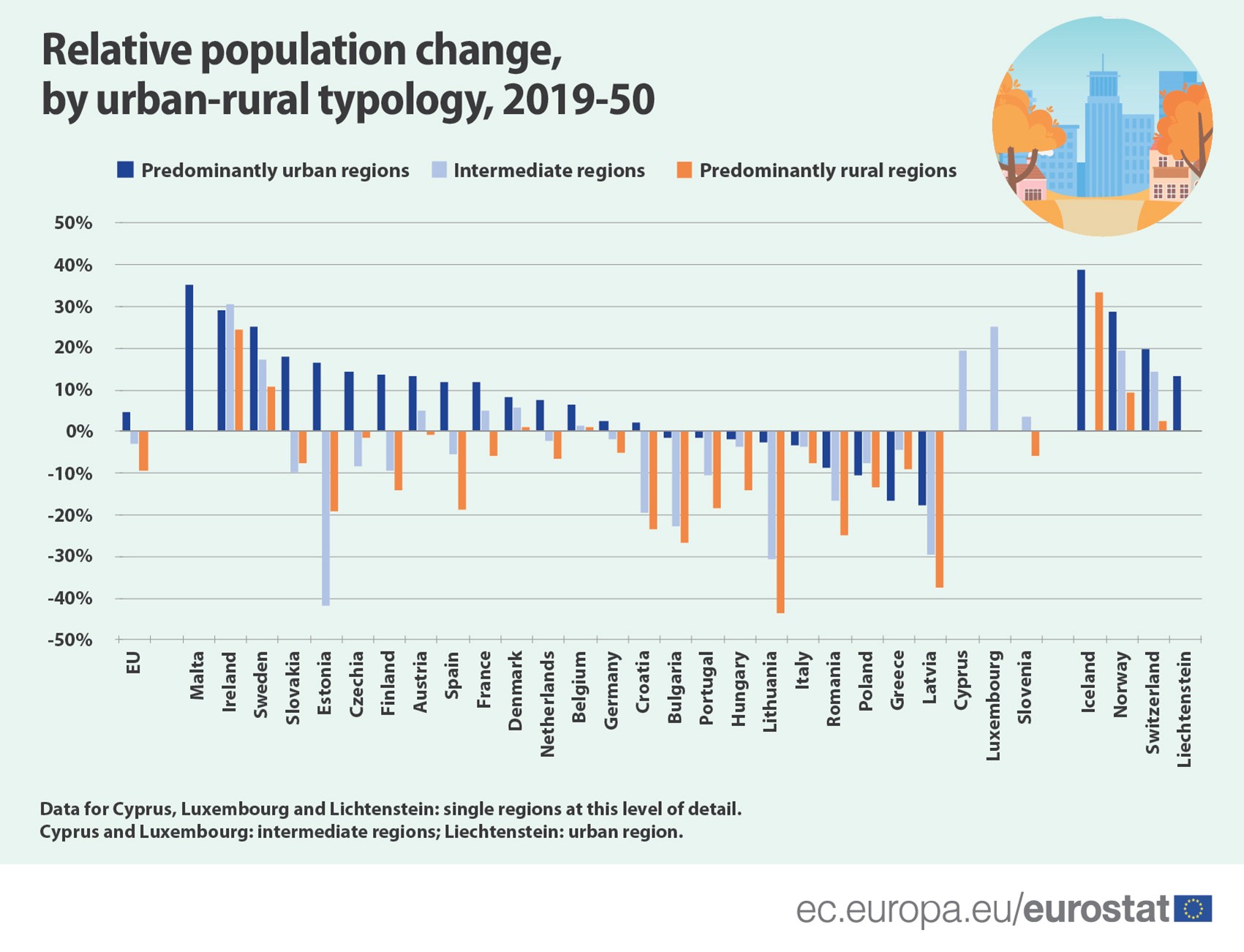 Regarding intermediate regions, populations are projected to decrease in 17 EU Member States and increase in eight, with the largest population changes projected in Ireland and Estonia (+30.6% and -41.7% respectively).