Land use puts huge pressure on Earth’s resources. Here’s what needs to change

We asked six experts in land use for their thoughts on priorities for the future.

After the Second World War, the increasing world population has made it more and more challenging to provide food security for everybody. Agriculture had to be intensified and production became dependent on hard-to-obtain chemical sources. That’s the case for the substances contained in fertilisers: for instance, nitrogen is extracted from the atmosphere with the help of fossil fuels, while phosphorous is found in rocks in China, the US, Africa and the Middle East.

We were able to make the entire food chain more efficient, but we are progressively using more natural resources (to make fertilisers) that are either in the form of rock deposit or natural gas. Animal breeding also industrialised, though we had to import enormous amounts of protein crops from South America to feed our animals because we don’t have enough protein source production in Europe. Those imported products also contain nitrogen, because proteins are actually organic nitrogen – that’s why animals need it.

As a consequence, across Europe there are areas where there is too much nitrogen and phosphorous in manure to use as fertiliser. And that’s a kind of a paradox: in Europe we don’t have enough nutrients in chemical form and we end up having too much nutrients in organic form.

Closing the nutrient loop is one of the main challenges of the century. We need to turn those inefficient nutrients from organic sources into new chemical fertilisers based on bio nutrients and thereby make the surplus useful to meet our food demand.

Land is a scarce resource in the European Union, although there are huge differences depending on where you are. Europe’s societies use land for different purposes: food, energy, wood for material and energetic use, but also recreation, beauty and relaxation in nature. In addition, science tells us about the critical importance of land management for climate change mitigation and biodiversity. Finally, policies – to promote renewable energies and materials – will put additional pressures on land in the EU, but also globally through international trade.

To meet all these demands, integrated land management approaches (to reduce the collective environmental footprint from different uses) are needed. This is, in theory, an accepted model for land use in Europe but to implement it in practice remains a challenge. Moreover, there is also an allocation problem: most of the demand for nature and rewilding (leaving nature to take its own course) comes from the urban population of Europe’s big agglomerations, but cities consume most of the energy, material and food generated from intense management. In turn, large areas of abandoned land are found in rural regions where the population sometimes see this rather as lost territories and a sign of rural decline.

Our research on forests shows that, while the integrated management approach has great potential for many forest areas in Europe, transparency and also inclusion of society might be decisive to create trust and understanding, particularly for demands such as wood production, biodiversity conservation and recreation.

Rewilding lands could help provide all kinds of climate-related solutions. For example, with new natural areas we could better store water at the source of rivers by using these lands as a sponge that keeps the area dry during the rainy seasons and releases more water during the dry seasons. There is also a reduction in flood risk within natural areas. Finally, rewilded lands store a lot of carbon, which helps mitigate the effects of climate change.

One of the things we are currently exploring for the European Commission is the use of more natural grazing management models also as a solution to large wildfires. It’s much easier to fight fires or even to avoid fires at all, in these half-open natural lands than it is in closed scrublands or forest-monocultures.

Still, our experiences with natural systems are limited. What we really need is to create a bridge between what we know from these pioneering areas and the broader economy. At the next stage, we need to scale up and reach the financial world, so that others can understand that investing in the landscape is not only good from an environmental perspective but also very attractive.

I am optimistic, I see big steps in our thinking and the public debate moving very fast in the right direction. In the coming years it will be exciting to see how we will re-organise ourselves to solve the big climate issues.

Global warming will warm lands five times more than oceans, meaning that, for an average increase of world temperature of 2°C or 2.5°C, land temperature will rise about 10°C. So the great challenge of global warming is the soil and water resources, i.e. world agriculture and its food productivity.

How do we feed the world, diminish poverty and improve people’s health without adverse ecological consequences? By preserving soil capacity. Utilisation of mineral fertilisers seems to be the best solution for enlarging food production. It’s worth a try to propose a solid basis of scientific studies for rewriting the guidelines for fertilisers’ uses.

After one century of intensive agriculture, one out of seven people still go hungry, while a third of the world’s landmass is used for animal farming and production. Intensive agriculture uses 86% of freshwater, it damages the environment and farmers’ health and it impoverishes soils and biodiversity. Small farmholders cannot provide for their own livelihoods and many commit suicide.

It is critical to change toward new farming practices. This will take time, but we have lost two decades not taking into account the importance of living soils.

Conservation agriculture, which involves minimal soil disturbance, maintaining permanent soil cover and rotating crops, is promoted by many international and national institutions for conserving soil and water. It has been largely adopted in America (North and South) but little in Europe, in spite of extensive research. Similarly, there are new technologies available for improving irrigation scheduling, but few are adopted commercially. Many farmers argue that options proposed by scientists are not always effective at farm scale, that the economic return to investments is unknown and that many of these options are not user friendly.

Once the value of an innovation is proven, its adoption will mostly depend on socioeconomic context. In productive agriculture systems, farmers will be ready to try new options. For example, some of the best olive cooperatives now have their own composting plant for using the residues obtained during olive oil production aiming at a circular economy. However, farmers in low productive environments have a small window to adopt or even try new options unless they have public support.

A good policy is the most effective way to promote adoption of technology or strategies by farmers. However, this must be accompanied by transparent cost-benefit analyses that include impact on the crop, the economics and the environment in local conditions. On-farm research should play a key role in developing viable options in these terms. 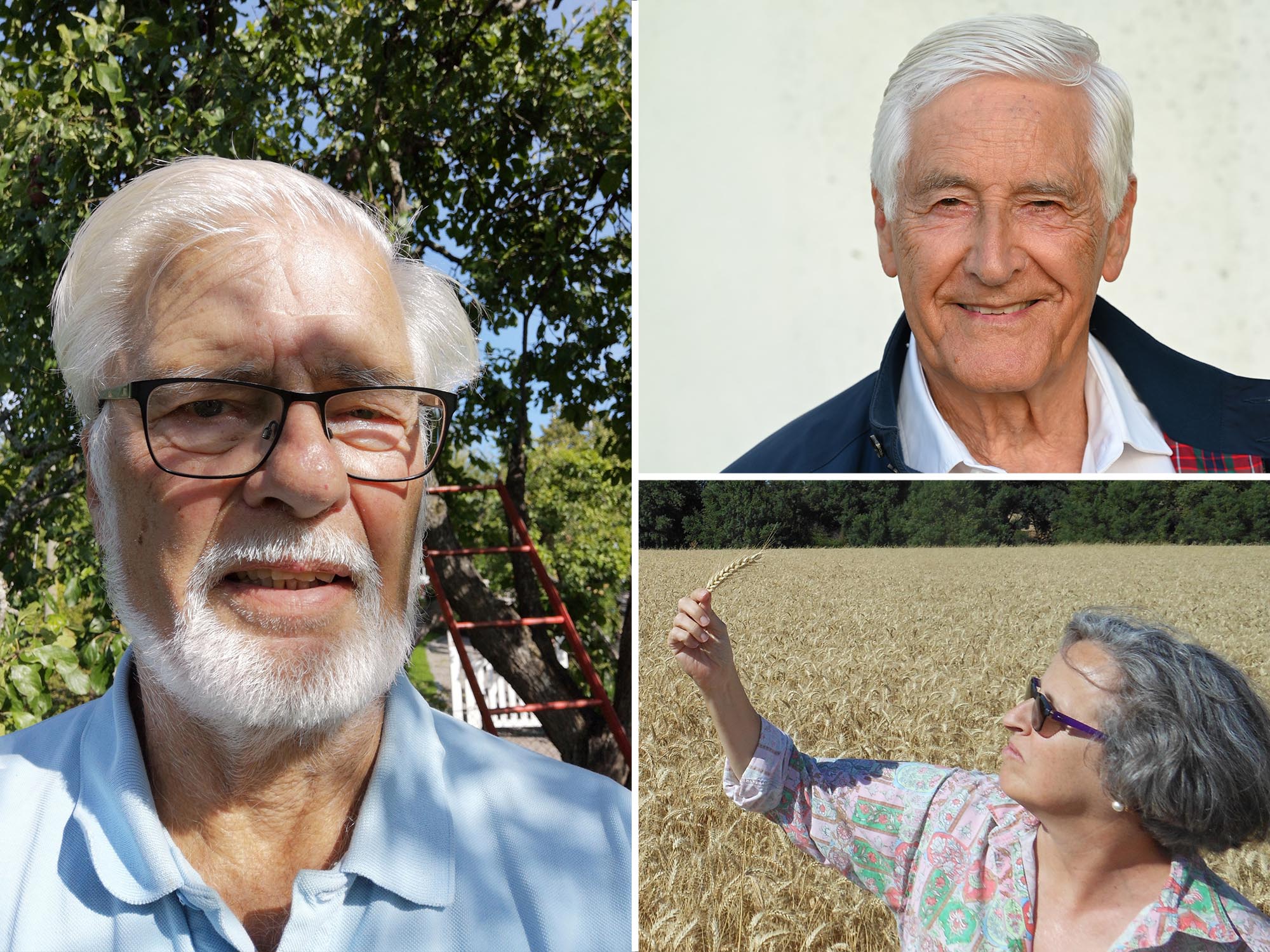 The 21st century will experience an unprecedented population increase and concentration to urban areas. These areas are hotspots for water and food demand and for disposal of used water and plant nutrients, which calls for a system-based (holistic) approach to balance these flows through the cities and connect to agriculture. This should guide city planning and household infrastructure investment.

The waste hierarchy, which includes liquid waste, helps to prioritise different waste management measures according to what is best for the environment. There is much water-saving equipment and many devices that can substantially reduce water use without losing personal comfort. Upstream measures, in particular to reduce the use of manufactured chemical consumer products, will facilitate treatment of wastewater to a quality that allows reuse and recycling of water and nutrients. A systems approach that applies the above two tools suggests that there is enough safe urban water available and recycled nutrients can replace a large part of chemical fertilisers. Two measures to achieve this are keeping toilet water separate and segregating biowaste.

Now is a unique opportunity to replace business as usual and invest in sustainability, when new cities and suburbs are erected at a high rate. If societies do not act now and strive for a circular society, they will most likely have to retrofit at high costs in the near future.

On 26 September, Dr Gomez MacPherson, Prof. Winkel and Prof. Meers will be participating in a session called Natural resources in a changing climate – spot on agriculture and forestry at the EU’s Research & Innovation days to help shape the scope of EU research and policy on land use from 2021 to 2027.

The European Research & Innovation Days, which will take place in Brussels, Belgium, from 24 to 26 September, are designed to bring together policymakers, academics, industry, civil society and entrepreneurs to discuss how research and innovation can help tackle the major issues facing the EU over the next decade.

The idea is to seek a wide range of opinions from experts and interested parties about how to allocate the €100 billion planned for the EU’s next research funding programme, Horizon Europe. In addition to conference sessions, policymakers from the EU and national administrations will be available throughout the event in a space called Horizon Village to gather further input from participants.

The event, which is set to be an annual affair, consists of a policy conference to shape the Horizon Europe work programme, an innovation hub for innovators and investors to network, and a public exhibition called Science is Wonderful!.

Producing 69% of the world’s production, the EU is the largest producer of olive oil

The European Union is the first producer, exporter and consumer of olive oil in the world. However, due to its high economic value […]

© 2020 Copyright Agroportal. All Rights reserved | Powered by Buzz Design & IT