Ginger and paprika from China, pepper from Vietnam 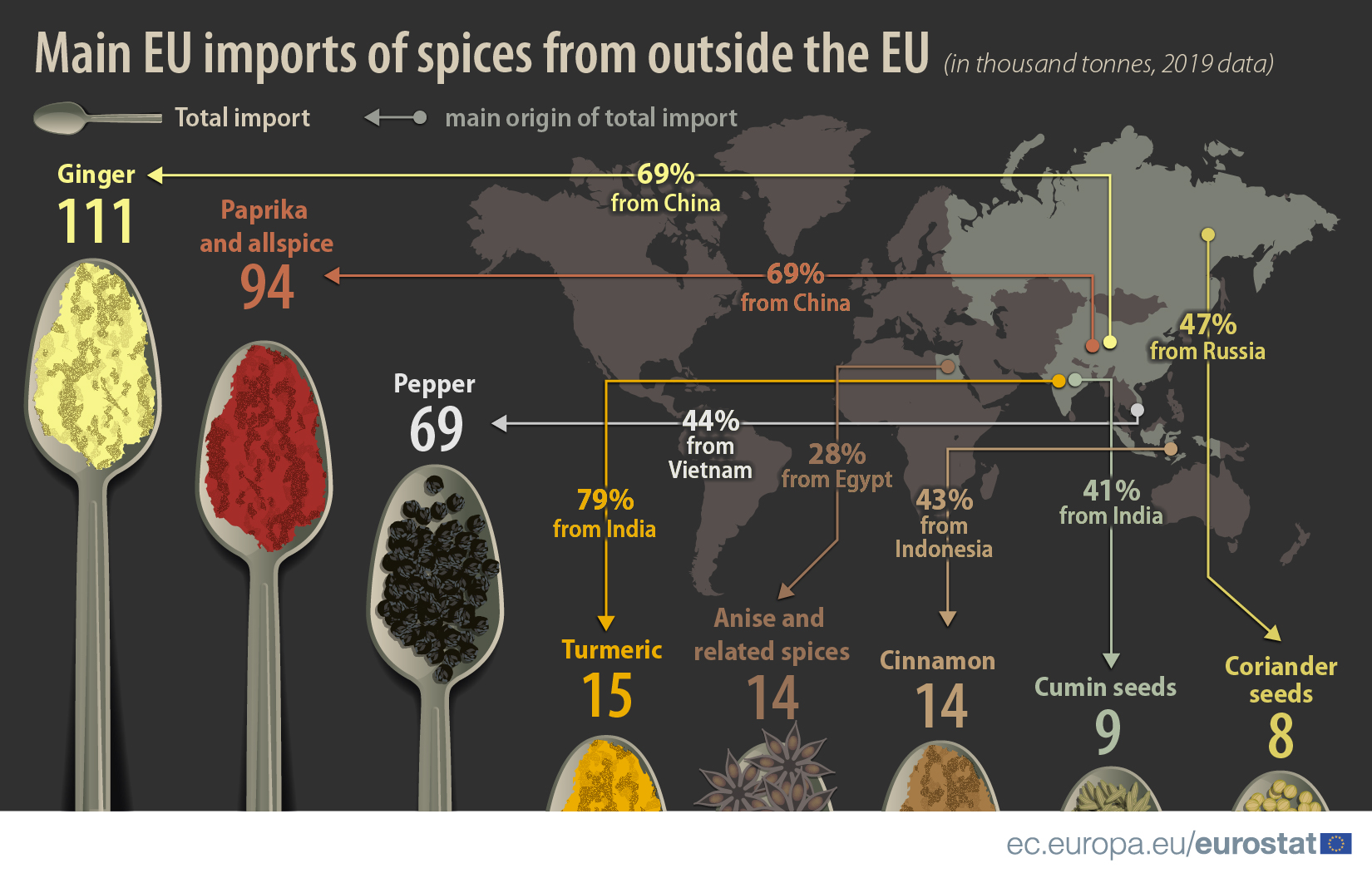 Compared with 2012, the weight of extra-EU imports of spices increased by half (+50%). Extra-EU imports of turmeric and ginger more than doubled, recording the largest increase among the most commonly traded spices.