Ruto, deputy president and one of Kenya’s most important advocates of the technology, was today declared president after winning the Aug. 9 general election. He garnered 7.176 million votes, or 50.4 percent of the total.

Throughout his three decades in politics, Ruto, who earned a bachelor’s degree in botany and zoology and a master’s and doctorate in plant ecology, all from the University of Nairobi, has vouched for science as an important cog in the wheel of national development.

The 55-year-old president-elect has previously expressed support for lifting the ban on GMO imports in Kenya. The country instituted the ban in November 2012, influenced in part by the now-disproven Séralini study, which falsely claimed that GM maize caused cancerous tumors in rats.  Kenya has since approved GM cotton and is conducting research into other GM crops.

Ruto pledged in 2020 that the ban would be lifted in two months, saying Kenya would not be left behind as the world adopts biotechnology. Though that did not happen, the country has moved forward with genetically modified crops.

“Scientists, and especially those from the National Biosafety Authority, should be able to confound skeptics,” the Daily Nation reported Ruto as saying. “We should be able to tell the public that anything genetically modified is not harmful. Science and technology are what will take us to the next level.”

In what is perhaps his most lucid expression of support for GM technology, Ruto, on the sidelines of the 10th Conference of the Parties to the Convention on Biological Diversity in Japan, termed GM as a “breakthrough technology that is going to get more people, especially the 1 billion or so people in the world… who are faced with hunger, majority of them in Africa, a chance to have a meal on their plate.”

As he prepares to take over the presidency from outgoing President Uhuru Kenyatta, Ruto is expected to give renewed impetus to the application of biotechnology in boosting the country’s agricultural production.

While launching his manifesto on June 30 in the runup to the elections, Ruto gave strong indications that once elected president, his government would intensify cotton production in efforts to revitalize the fledgling textile industry. He was particularly emphatic about GM Bt cotton.

“Yes, [Bt cotton] has higher yields, it is more drought-resistant, the trials have been done and the trials are very good. They’re showing that we have very good productivity, and therefore, one more time, we will have our cotton industry up and running, and we can push that industry to another $100 billion dollar industry,” Ruto announced amid rapturous acclaim from a Nairobi audience.

The president-elect will ride on the goodwill and groundwork set in place by his predecessor, who was equally warm to GM crops despite the political hurdles. According to Kenyatta, Bt cotton has proven potential for better yields compared to conventional varieties. He, too, had pledged that the government would continue to improve policy conditions to ensure that the country reaps maximum benefits from the variety. 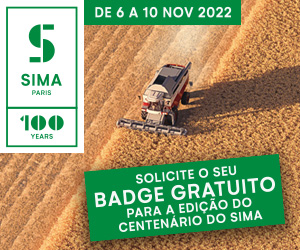